I'm a necessary talent behind every rock and roll band 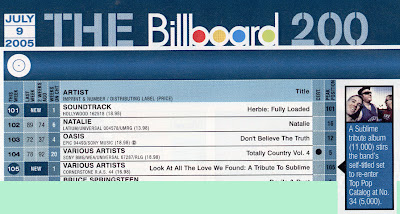 I kid about the business in which I work, the music business...the hell I do! It's a serious place, no time for art or emotion, it's all about numbers shipped, seats filled, merchandise revenue, royalties.

My friend Patrick just got back from a mini-tour of Europe with The Low Lows, and he has much to say about some crazy times.

But he also emailed this to me, and it's really spot-on:

y'know, you can pretend to be the ultimate industry insider with the following three phrases:

When talking to a bunch of musicians, whenever the name of a band comes up, you say "I heard they had some problems with their label."

When talking to a bunch of producers or engineers and the name of a band comes up: "They really should have let their producer actually PRODUCE the record..."

When talking to a bunch of label employees and the name of a band comes up: "I heard those guys are really hard to do business with..."

That says it all. Amen.

Indeed!
Posted by SteveAudio at 12:55 AM