That old black magic has me under its spell

Tyson Foods was sued by a group of employees for racial discrimination, and the lawsuit was taken seriously by the Equal Employment Opportunity Commission (EEOC) that they joined in the suit. I wrote about this previously here and here.

Seems like the whole thing was, ah, settled back in November:

BIRMINGHAM, Ala. – The U.S. Equal Employment Opportunity Commission (EEOC) today announced a major litigation settlement with Tyson Foods for $871,000 on behalf of black workers who alleged that they were racially harassed and retaliated against at a chicken processing plant in Ashland, Alabama. The three-year consent decree entered today by U.S. District Court Judge Karen O. Bowdre also includes significant injunctive relief that will foster a discrimination-free workplace at Tyson Foods in Ashland.

The decree resolves two race discrimination and retaliation lawsuits against the poultry giant under Title VII of the 1964 Civil Rights Act: one filed by the EEOC in August 2005, and another filed by a group of 13 former and present African-American employees. The cases, resolved during the discovery stage, had been consolidated by Judge Bowdre in U.S. District Court for the Northern District of Alabama (In Re Tyson Foods Litigation, Consolidated Case No. CV-05-BE-1704-E).

Collectively, the litigation charged Tyson Foods with maintaining a racially hostile work environment at the Ashland facility – including a racially segregated bathroom facility, racial slurs, and intimidation – and retaliating against employees who complained about the unlawful conduct. As part of its suit, the EEOC said that a Tyson employee established a locked, segregated bathroom facility, which on occasion had signs posted. Keys to the facility were allegedly distributed by that employee to white employees only. 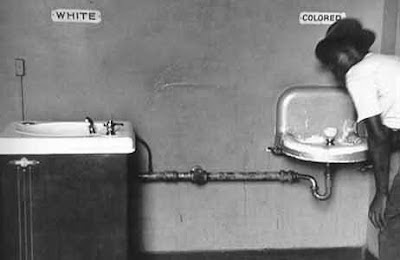 Is it any wonder then that some folks don't exactly believe that progress has been made against racism? Tyson had to settle, not because of angry black folk, but because the EEOC lawyers had them dead to rights. That this goes on, today, in this country, is just wrong.

And we have enlightened lawmakers to show the way:

The day after lawmakers honored the teachings of Martin Luther King Jr., a member of the House of Delegates stirred furious and tearful debate in Richmond with inflammatory comments about African-Americans and Jews. Del. Frank Hargrove, R-Hanover, triggered controversy while talking about an impending House resolution that would formally apologize for the state's role in the slave trade. He said African-Americans should "get over it" because no one alive today was involved in slavery.

"Are we going to force Jews to apologize for killing Christ?" Hargrove asked.

First, I'm pretty sure there was a guy named Pontius Pilate involved. Second, you're an idiot. 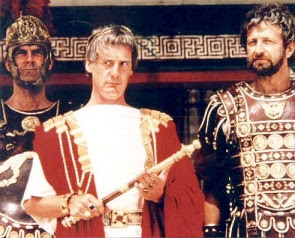 Racism and eliminationist rhetoric seem to be at an all time high, from Right-wing pundits (Beck, Malkin et al) to seemingly rational talking heads.

Immigrants: All colors and kinds of immigrants have historically been the subject of violent and bigoted campaigns, targeted by so-called Nativists who demand that their arrivals cease. These range from the Know Nothings whose main efforts focused on keeping out Irish and other Catholic immigrants, to the anti-German agitation that peaked in the 1870-1920 period, followed by the anti-Asian campaigns that flourished between 1880 and 1924. The latter were notable for the appearance, for the first time, of an effort not merely to prevent their arrival but to actively deport those already here, accompanied by the requisite eliminationist action, including violent massacres and concentration camps. The same impulse lives on today in the agitation against Latino immigration, which has proved to be a major bridge for extremists to expand their reach into the mainstream of American discourse.

The eliminationist impulse gained fresh life in the wake of the terrorist attacks of September 11, 2001, especially as the flames of fearfulness it produced were actually fanned rather than calmed by the American right, including the Bush administration itself. Professional fearmongers leapt onto the national stage to denounce fresh threats to national security, particularly seizing on the immigration debate, which was inflamed by claims that the insecure borders over which undocumented workers were flowing presented a prime opportunity (though the reality regarding those borders was largely obscured in the racial agitation that accompanied it).

The fearmongering occurred at all levels, from Pat Buchanan proclaiming that white American culture was about to be overrun by Latinos and other nonwhites, to Lou Dobbs parroting white-supremacist nonsense on CNN, to the entire bandwidth of nativists -- including the usual suspects: VDare, the Federation for American Immigration Reform, Michelle Malkin, Juan Mann, Glenn Beck -- demanding the immediate arrest and deportation of all 12 million illegal immigrants in America.

And even in the 21st Century, we still have this:

What the investigation unearthed was a story that no one in Linden wanted to believe: Billy Ray, who is mentally disabled, had been taken to a party, ridiculed, called racial slurs, knocked unconscious, and then dumped by the side of the road. Even the strangers who had come to his aid were not Good Samaritans but two of the perpetrators. Had the town’s white residents condemned what had happened to Billy Ray, the incident might have faded into memory; the crime pivoted on a single punch. Instead, they closed ranks, and juries in both criminal trials that followed declined to give the defendants more than a slap on the wrist.

So good for the EEOC in helping shame Tyson Foods. They had it coming.
Posted by SteveAudio at 9:02 PM

I've been browsing online more than three hours today, yet I never found any interesting article like yours. It is pretty worth enough for me. In my view, if all webmasters and bloggers made good content as you did, the net will be much more useful than ever before.