Always shouts out something obscene 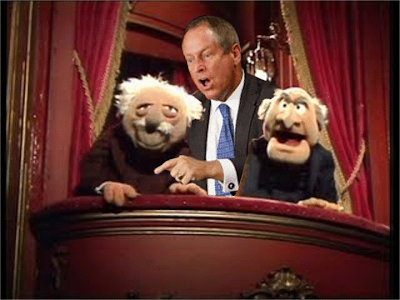 I'm sure we've all heard about Joe Wilson, the Republican from South Carolina, who crossed the line last night during President Obama's speech to congress by shouting "You lie!" after the President pointed out that the new healthcare proposal would not offer benefits to those in the United States illegally.

Not surprisingly, the right wing blogs are hailing him as a hero, and I'm sure the dittoheads are doing the same. I guess the point they are missing is, regardless of whether or not one agrees with the President or think he is "lying" (like half the stuff that flowed out of Bush's mouth), during a speech to congress where the President has been invited to speak, something so rude and uncivil is a complete no-no. Why do the right wingnuts not see any Republicans rushing to his defense, whether they agree with him or not? The reason is, of course, it was a breach of decorum, pulling an event that is supposed to be one of mutual respect and reason down to the lowlife "shout-downs" of the town hall meetings we've seen as of late.
I've seen dittoheads leaving comments like "Now the Dems see what it is like when they called Bush a Nazi". One big difference, amigo... none of them yelled that out while Bush was addressing congress.
I respect the conservative's right to disagree and voice concerns about the whole heathcare debate. But sadly, much of what they put forth as arguments are just "facts" that have no basis in truth, only what they've been "told" is going to happen or is written into the bill. The big pharma and insurance companies like the status quo... they are making mind-staggering profits, and they really couldn't give a rat's ass about people and small companies not being able to afford their skyhigh premiums, and their message to ill people seems to be "just go crawl off into the desert and die. You simply represent a monetary loss to us".
As for the particular issue in question, here is a link to a CNN site that attempts to logically decide if something is true or not: http://politicalticker.blogs.cnn.com/2009/08/27/cnn-truth-squad-will-health-bill-pay-for-illegal-immigrants-an-update/
And even if one doesn't agree with their conclusion, at least they have tried to sort it out by actually READING the bill, and not just saying "Well, Rush Limbaugh said...".
And speaking of Rush, I find it amusing that the dittoheads would put much weight on his opinion of healthcare. For one, he is of the "I've got mine, the hell with everyone else" school of thinking, he is richer than God and doesn't HAVE to worry about healthcare... he could afford to buy a whole hospital. Do you really think he gives a crap about one of his little guy listeners who gets laid off of work, loses his healthcare and his wife gets ill and can't find insurance because she has a pre-existing condition? That is, if they could even afford it anyway.
I would have far more respect for the other side's argument if they had some kind of alternative other than "keep things just as they are", which pretty much everyone (right and left) says simply cannot continue without the whole system completely falling apart.
One last question... if they are against illegal aliens getting healthcare, why are they not angry with the CURRENT system? Because we are ALREADY paying for their care with higher premiums and taxes due to them using the very expensive E.R. facilities for their standard doctor's visits, which would be way cheaper with a nurse practitioner. This isn't some "lib" point of view. This is the reality of the here and now.
Again, if they have a better idea, we'd all love to hear it.
Posted by Dancin' Dave at 11:02 AM