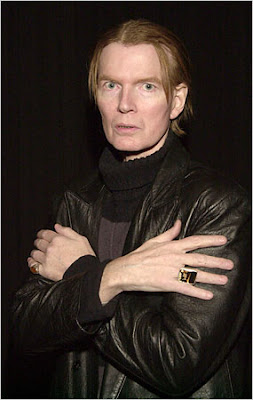 Poet, author, and musician Jim Carroll passed away Friday at age 60. According to his ex-wife Rosemary, the cause of death was a heart attack.

Jim Carroll was born and raised in Manhattan. He was a talented basketball player in his youth, which won him a scholarship to Trinity, an exclusive private school on the Upper West Side. While playing for Trinity, he was named to a number of NYC-area prep all-star teams. He also displayed a talent for writing at a young age; while in high school he wrote poetry that attracted the attention of the likes of William S. Burroughs and Jack Kerouac, and began keeping a diary that would later win him fame. While still in his teens, though, Carroll had already developed a heroin habit, which he supported by prostituting himself. By the end of his teens Carroll had a collection of his poetry, Organic Trains, in print, excerpts of his diary had appeared in Paris Review, and was hanging out with Allan Ginsberg, Andy Warhol, and Patti Smith.

Carroll left New York in 1973 for the West Coast, in part to rid himself of his heroin habit. During the mid-70's, he wrote poetry and song lyrics, toying with the idea of starting a rock band. Little came of that idea until 1978, when Carroll accompanied Patti Smith as she toured California. In San Diego, her opening act cancelled, so Smith invited Carroll up on stage to rap with her, introducing him as "the guy who taught me how to write poetry". Inspired by the experience, Carroll returned to San Francisco, hooked up with a group called Amsterdam, renamed them the Jim Carroll Band, and moved them to New York. Also in 1978, Carroll's high school writings were published as The Basketball Diaries. A riveting account of basketball, poetry readings, sex, and heroin addiction, the book received instant critical acclaim.

Carroll's recording debut, Catholic Boy, released in 1980, became an instant classic of punk and New Wave. Anchored by the radio hit "People Who Died", Carroll's lyrics painted a stark picture of the gritty netherworld of New York City, a landscape dominated by sex, drugs, and sordid dealings. "People Who Died" was a fine example of Carroll's vision; the song is a rapid-fire list of all his friends who died young. Catholic Boy was a surprise success, which Carroll followed up with two further discs, Dry Dreams and I Write Your Name. These records failed to sell well, though, and by the mid-80's Carroll had ceased recording and went into semi-retirement.

Carroll spent the rest of his career maintaining a low profile, writing poetry and mentoring young artists who he had inspired. His influence has been acknowledged by a wide range of artists, including author Danny Sugarman, filmmaker Harmony Korine, and singer Eddie Vedder. Carroll would return to prominence for a time in 1997 when The Basketball Diaries was made into a movie starring Leonardo DiCaprio. He recorded one more album, Pools Of Mercury, in 1998, and made several spoken-word recordings in the early 2000's.

One of my favorites from my college-radio days, Jim Carroll shone a light on the dark side of the American experience, and gave inspiration to a generation of artists making their own excursions on the edge of our culture.

(Crossposted at Pole Hill Sanitarium.)
Posted by dr sardonicus at 4:49 AM