Well, you're an untamed youth That's the truth, with your cloak full of eagles 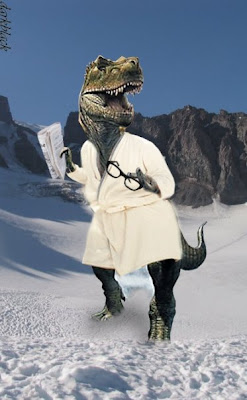 (Fantastic art obviously by our very own Darkblack)
The Big Guy™ is back! After a long summer vacation, TRex's batteries are recharged and he's sizzling:

Hey, y’all, yes, it’s me. I’m back. Nearly two years after getting fired from FDL and a year after tapering off the political beat at the end of the ‘08 elections, I am coming up hard against the fact that I’m apparently constitutionally incapable of disconnecting completely from the media stream and tuning out the noise of the political world. It’s been backing up in my brain and as much as I may try to ignore it, I can’t. Grumble.

So, apparently the only answer is to start back on blogging, if only to provide a pressure release valve for the overwhelming feelings of “ZOMG!!” and “WTF??!!” that are the inevitable human reactions to the farcical circus that is the current political climate. Between Princess Jesus Boobies and The White Witch of the North, Nazi Doughboy Glenn Beck, and that bloated intestinal polyp Rush Limbaugh, I just can’t sit here quietly any longer.

Halle-freakin'-lujah! David's blog has always been one of our fave's, and we're glad he's back on duty.
In his honor, something from the other TRex:
Posted by SteveAudio at 1:13 PM