Tell Me Something Good

Good news for Modern Man We The People:

[...]
U.S. District Judge Nina Gershon cemented her earlier decision in December and made the injunction against government intervention permanent, asking all federal agencies to spread the word that money to ACORN be allowed without delay.

The judge wrote that it was "unmistakable that Congress determined ACORN's guilt before defunding it."

Speaking of ACORN; Did you know that all the WrongWing and MSM and Congress' castigation and outrage relied on that pimp and his whores doctoring of the tapes? And that all the investigations so far have cleared ACORN?

And the pimp and his whore refused to release the original, uncut tapes? And that even their employer & sponsor, [not so]Brietbart has started walking back his endorsement of the pimp?

The 11th Circuit Court of Appeals has rejected Orly Taitz's appeal of the $20,000 fine imposed on her for making frivolous filings in a long-running Birther case.

"We have fully considered Taitz's arguments," the ruling from a three-judge panel reads. "We find them unpersuasive and therefore affirm the district court's sanctions judgment."

A federal judge in Georgia imposed the sanction on Taitz in October, blasting her for, among other things, using "the courts as a platform for a political agenda disconnected from any legitimate legal cause of action."

The Appeals Court didn't deem their rejection of her petition worthy of publication. Probably because an Oily Taint might smear the opinion, in addition to the Justices themselves.

This is what she said: "I got to meet quite a few candidates who are lining up in a contested primary who want to take out Alan Grayson. And I think Alan Grayson -- what can you say about Alan Grayson? Piper is with me tonight, so I won't say anything about Alan Grayson that can't be said around children. [Good one, Sarah!] But thank you, Florida, for allowing candidates in a contested primary to duke it out over ideas and principles and values, all with the same goal, and that is unseating those who have such a disconnect from the people of America. That's what the goal is here in this race against Alan Grayson. Please fight hard, and do this for the rest of the country. Fight hard, and send a conservative to Washington, DC."

Palin, the former half-term Governor, current-nothing and future-even-less, charmed the all-Republican audience with her folksy folksiness and her homespun homespunnery. Atypically, Palin was wearing clothes that she had paid for herself. At the end of the event, she shared her recipe for mooseface pie.

In response to Palin's attack on Rep Grayson, Grayson actually complimented Palin. Grayson praised Palin for having a hand large enough to fit Grayson's entire name on it. He thanked Palin for alleviating the growing shortage of platitudes in Central Florida. Grayson added that Palin deserved credit for getting through the entire hour-long program without quitting. Grayson also said that Palin really had mastered Palin's imitation of Tina Fey imitating Palin. Grayson observed that Palin is the most-intelligent leader that the Republican Party has produced since George W. Bush.

When asked to comment about what effect Palin's criticism might have, Grayson pointed out, "As the Knave's horse says in Alice in Wonderland, 'dogs will believe anything.'" Earlier, as the Orlando Sentinel reported, Grayson said, "I'm sure Palin knows all about politics in Central Florida, since from her porch she can see Winter Park," which is part of Grayson's district.

Grayson said that the Alaskan chillbilly was welcome to return to Central Florida anytime, as long as she brings lots of money with her, and spends it. "I look forward to an honest debate with Governor Palin on the issues, in the unlikely event that she ever learns anything about them," Grayson added, alluding to Politifact's "liar, liar, pants on fire" evaluation of much of what Palin has said .

Scientists are studying Sarah Palin's travel between Alaska and Florida carefully. They hope to learn more about the flight patterns of that elusive migratory species, the wild Alaskan dingbat.

Gosh, Alan, don't be shy, tell us what you really think.
Note to other Dems; this is what a spine looks like, try to acquire one. 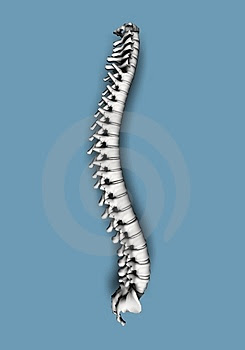