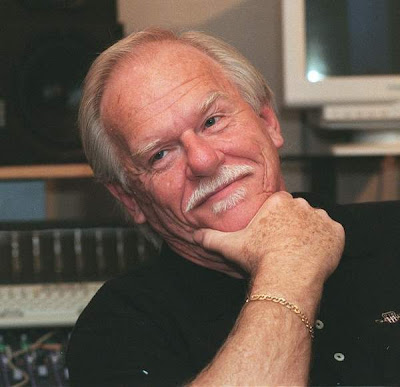 Notable sessionman and producer Barry Beckett passed away Wednesday at age 66. Beckett had been in poor health in recent years, having been diagnosed with cancer, and suffering a series of strokes.

Born in Birmingham, Alabama, Beckett first came to notice in the 60's as part of the crew of session musicians associated with Rick Hall's Fame Studios in Muscle Shoals. The Muscle Shoals Rhythm Section provided a soulful touch to hits by Aretha Franklin, Wilson Pickett, and Percy Sledge, among others, with Beckett's keyboard stylings as a key part of the mix. Leon Russell dubbed this outfit "The Swampers", and they were immortalized by Lynyrd Skynyrd in their "Sweet Home Alabama".

In 1969 Beckett co-founded the Muscle Shoals Sound Studio and began to branch out into producing, while continuing his activities as a session keyboardist. A couple of Beckett's notable session credits from this period are on The Staple Singers' "I'll Take You There" and Paul Simon's "Kodachrome". As a producer, Beckett scored pop successes with Mary McGregor's #1 hit "Torn Between Two Lovers" and The Sanford-Townsend Band's "Smoke From A Distant Fire". At the end of the decade, Beckett produced notable LP's for Bob Dylan (Slow Train Coming) and Dire Straits (Communique).

Beckett sold his stake in the Muscle Shoals studio in 1984 and took a position with Warner Brothers in Nashville. His production skills played a key role in Hank Williams Jr.'s mid-80's success, as well as producing hits for Alabama. Working independently, Beckett also produced an eclectic array of artists including Etta James, Pfish, and The Waterboys. He also helped launch Kenny Chesney's career, producing his first two discs. Chesney said, "There's no way I would be where I am today in my life if it wasn't for Barry Beckett. He was one of the first people in Nashville to believe in me, on any level, and he taught me so much. The more I got to know him, the more I realized how much he contributed to the world of music."

Beckett's work on "I'll Take You There" and "Kodachrome" provide ample testament to his skills on keyboards.

A 1999 interview with Beckett is also a good primer on how records are made in Nashville, for better or worse.

(Crossposted at Pole Hill Sanitarium.)
Posted by dr sardonicus at 9:51 AM