Take another little piece of my heart, now, baby . . .

You'd think when someone passes who had a near perfect approval rating with the American public, like Walter Cronkite, both sides of the political spectrum would make nice. After all, many on the left weren't too harsh with William F. Buckley's passing.

But good friend Howie Klein, of Down With Tyranny, did some digging in the fever swamp, and came up with a load of crap:

In case you thought the grieving for national icon Walter Cronkite is universal, you probably don't pay much attention to the Republican Party base Sarah Palin, Mike Huckabee, John Ensign, Mike Pence, Eric Cantor, Mark Sanford, Mitt Romney and Newt Gingrich are all fighting over. Turns out the kinds of people who make it possible for Republicans like Catherine Crabill (R-VA) and Jim DeMint (R-SC) to run for office didn't feel comfortable with someone as dedicated to Truth-- and in such an uncomfortably public way-- as Walter Cronkite. Fox is their medium and unadulterated hate is their message:

I hope his sorry carcass rots for the next thousand years and he has to live with the stench of his own body. Most trusted man in America!!?? I spit on his lies and only regret that I'll never get the chance to dance on his grave!!

I just heard the news that former CBS anchorman Walter Cronkite died. And perhaps I will be one of the few with the guts to be real and say it: I'm not sad to see this overrated liar go. Buh-bye.

Cronkite enjoyed a long and glamorous life, unlike many of our late teen and 20-something American troops against whom he editorialized on a nightly basis. They died on the killing fields of Vietnam in no small part because he contributed to the video demoralization of America and the resulting lack of commitment to help our boys win the Vietnam War.

I'm sure that Cronkite will be remembered gushingly by all of the liberal mainstream media robots whom he spawned and who idolize him (and probably many gutless idiots on the right, too). In so many ways, he is their Michael Jackson, minus the creativity and talent. In life, they already exalted Cronkite far, far beyond what he deserved and completely ignored his awful transgressions against our country.

Walter Cronkite Defeated America on TV But the man they called "The Most Trusted Man in America" was really something far different: The Most Destructive Man in America. And that is how he should be remembered. He had the blood of thousands of American men--some of them really just boys--on his hands.

The delusion is deep. First, unless you were alive and conscious when the Viet Nam war was going on, then you're going to have to prove you know what you're talking about. Because Ms. Schlussel, born in '69, wasn't around in '68 when Cronkite famously wrote what was his alleged sin, that led to his excoriation by the far right:

Tonight, back in more familiar surroundings in New York, we’d like to sum up our findings in Vietnam, an analysis that must be speculative, personal, subjective. Who won and who lost in the great Tet offensive against the cities? I’m not sure. The Vietcong did not win by a knockout, but neither did we. The referees of history may make it a draw. Another standoff may be coming in the big battles expected south of the Demilitarized Zone. Khesanh could well fall, with a terrible loss in American lives, prestige and morale, and this is a tragedy of our stubbornness there; but the bastion no longer is a key to the rest of the northern regions, and it is doubtful that the American forces can be defeated across the breadth of the DMZ with any substantial loss of ground. Another standoff. On the political front, past performance gives no confidence that the Vietnamese government can cope with its problems, now compounded by the attack on the cities. It may not fall, it may hold on, but it probably won’t show the dynamic qualities demanded of this young nation. Another standoff.

We have been too often disappointed by the optimism of the American leaders, both in Vietnam and Washington, to have faith any longer in the silver linings they find in the darkest clouds. They may be right, that Hanoi’s winter-spring offensive has been forced by the Communist realization that they could not win the longer war of attrition, and that the Communists hope that any success in the offensive will improve their position for eventual negotiations. It would improve their position, and it would also require our realization, that we should have had all along, that any negotiations s must be that—negotiations, not the dictation of peace terms. For it seems now more certain than ever that the bloody experience of Vietnam is to end in a stalemate. This summer’s almost certain standoff will either end in real give-and-take negotiations or terrible escalation; and for every means we have to escalate, the enemy can match us, and that applies to invasion of the North, the use of nuclear weapons, or the mere commitment of one hundred, or two hundred, or three hundred thousand more American troops to the battle. And with each escalation, the world comes closer to the brink of cosmic disaster.

To say that we are closer to victory today is to believe, in the face of the evidence, the optimists who have been wrong in the past. To suggest we are on the edge of defeat is to yield to unreasonable pessimism. To say that we are mired in stalemate seems the only realistic, yet unsatisfactory, conclusion. On the off chance that military and political analysts are right, in the next few months we must test the enemy’s intentions, in case this is indeed his last big gasp before negotiations. But it is increasingly clear to this reporter that the only rational way out then will be to negotiate, not as victors, but as an honorable people who lived up to their pledge to defend democracy, and did the best they could

This is Walter Cronkite. Good night.

Mrs. Schlussel, and other Freepers, unless you can claim more critical education than from William Kristol and other blind war hawks, just shut the fuck up. You have no idea what you're talking about. Clapping louder to save Peter Pan is not a real world solution.

For perspective, here's some music from 1968:


Addendum by The Sailor: 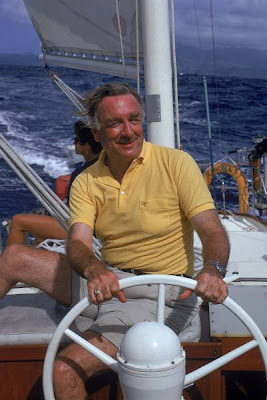 In the days before cable and network and local blow dried anchors we had Walter Cronkite to tell us what was going on. He wasn't the only one, network news then wasn't supposed to be a profit engine, it was an integral part of what they gave back to the nation in return for their broadcasting licenses. The news division was expected to lose money, but in return they actually did reporting, and reported the truth. It was the networks' version of tithing.

He became one of the top American reporters in World War II, covering battles in North Africa and Europe.[9] He was one of eight journalists selected by the U.S. Army Air Forces to fly bombing raids over Germany in a B-17 Flying Fortress.[14] He also landed in a glider with the 101st Airborne in Operation Market-Garden and covered the Battle of the Bulge. After the war, he covered the Nuremberg trials and served as the United Press main reporter in Moscow for two years.

I only recall one time when he choked on the air. It was while he was watching the confirmation come in on John Kennedy's assassination.

Just as he had said that, the editor handed Cronkite the bulletin. Cronkite stopped speaking, put on his eyeglasses, looked over the bulletin sheet for a moment, took off his glasses, and made the official announcement:

After making that announcement, Cronkite paused briefly, put his glasses back on and swallowed hard to maintain his composure. There was noticeable emotion in his voice as he intoned the next sentence of the news report:

"Vice President Johnson *cough* has left the hospital in Dallas, but we do not know to where he has proceeded. Presumably, he will be taking the oath of office shortly and become the 36th president of the United States."
[...]
He then tossed coverage of the events to colleague Charles Collingwood and left the newsroom, but would return several hours later to anchor The CBS Evening News as scheduled.

He was originally for the Vietnam war, but after going there and seeing things for himself he just told the truth as he saw it. When he spoke out against the Vietnam War, President Johnson said "If I've lost Cronkite, I've lost Middle America." Johnson was only partially right, he'd lost middle America when everyone knew someone in their own family or a neighbor's family that had died in the war. Cronkite just gave voice and reported facts to what middle America was feeling.

During the 1968 Democratic convention he called Mayor Daily's free speech repression for what it was "I think we've got a bunch of thugs here, Dan."

Mr. Cronkite loved science and was a big fan of the space program. When Apollo 11 launched, the first mission to land a man on the moon, he shed his studied demeanor and shouted "go baby, go!"

He was on the air for 27 of the 30 hours till Neil Armstrong and Buzz Aldrin touched down safely on the moon. He was awarded an Ambassador of Exploration Award by NASA. The first person to receive the award that wasn't an astronaut or NASA employee.

And he was a great and generous sailor ... after his family convinced him to give up racing cars.

He had a long, full and productive life and I've barely scratched the phenomenal events he reported on.

When I see the news media stars of today, with their carefully coiffed hair and obeisance to power and willingness to relay whatever tripe they were told by 'anonymous' sources as truth, I fear we'll never see his like again.

Thanks Walt, you gave so much more than you got. And what better thing can we say about a fellow human.