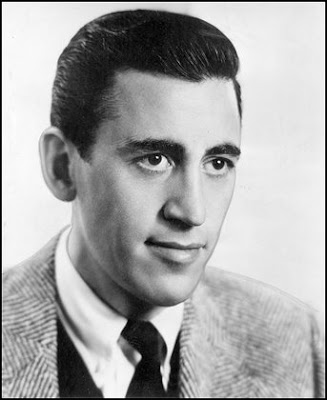 J.D.Salinger, reclusive author of the classic The Catcher In The Rye, passed away Wednesday at his New Hampshire home. He was 91.

Salinger, the son of a cheese merchant, began writing short stories while attending Valley Forge Military Academy, usually late at night under the covers. He enrolled at New York University in 1936, but dropped out during the spring semester. His father then sent him to Vienna to learn about the meat-importing business, leaving there in early 1938, shortly before Austria was annexed by Nazi Germany.

From there he spent a semester at Ursinus College in Pennsylvania, then returned to New York to take a night class in creative writing at Columbia University. He managed to sell a few short stories to publications like Esquire and The Saturday Evening Post. In 1941, The New Yorker bought his "Slight Rebellion Off Madison", but held it for five years, fearful that its rebellious theme would encourage youngsters to drop out of school. In the meantime, Salinger was drafted into the Army to serve in World War II, landing at Utah Beach on D-Day and seeing action in The Battle Of The Bulge. While on the campaign from Normandy into Germany, he also met with Ernest Hemingway, who was serving as a war correspondent in Paris. He also continued writing through the war, the quality of his work markedly improving. The New Yorker published his first major success, "A Perfect Day For Bananafish", in 1948, setting the stage for his greatest triumph.

The Catcher In The Rye sparked something of an uproar when it was published in 1951. Catcher's teenaged protagonist, Holden Caulfield, had already appeared in Salinger's "Slight Rebellion Off Madison", and the novel expands upon the themes of that earlier story. Caulfield was no athletic hero or goody two-shoes; he was a hard-nosed kid of the streets, recently expelled from prep school, and bursting full of attitude, as was apparent from the opening lines: “If you really want to hear about it, the first thing you’ll probably want to know is where I was born and what my lousy childhood was like, and how my parents were occupied and all before they had me, and all that David Copperfield kind of crap, but I don’t feel like going into it, if you want to know the truth.” The language of Catcher, laced with profanity and sexual innuendo, perfectly captured the streets of New York City, but teachers and librarians of the day felt it was hardly suitable for their young readers. Catcher was an immediate success, going through eight printings in its first two months after its release, and smuggled undercover by countless adolescents during the Fifties and for years thereafter.

Salinger followed this up in 1953 with the critically acclaimed Nine Stories, a collection of short stories, including his previously published "Bananafish", that showcased his ear for the everyday vernacular of the streets. The author, though, increasingly desired to step away from the limelight. Salinger had embraced Zen Buddhism prior to writing Catcher In The Rye, and spent increasing amounts of time in solitude and meditation. Also in 1953, he moved from New York to a secluded 90 acre property in Cornish, New Hampshire, and slowly withdrew from the world.

At first, Salinger socialized with the Cornish townspeople, especially taking a liking to the local high school students who would come to the author asking for advice. He even allowed one of the students to interview him for the high school newspaper. But after that interview appeared on the editorial page of Cornish's daily paper, Salinger cut off all contact with the high schoolers, and eventually with nearly all the city's residents as well.

After the short story "Hapworth 16, 1924" was published in The New Yorker in 1965, Salinger never had another of his works published. He was frequently rumored to be working on a new novel, but nothing ever surfaced. He refused nearly all requests for interviews, turned down numerous requests to have his works made into Hollywood screenplays, and demanded that his photo be taken off the dust cover of future printings of his books. Increasingly reclusive, it became a noted pastime for tourists to Cornish to see if they could get a glimpse of the author. Salinger's enigmatic image was further complicated by the release of two memoirs, one by his daughter Margaret, the other by Joyce Maynard, an author and Yale student many years his junior with whom he had an affair in 1972. Both painted a picture of an abusive, controlling man far different from the genial figure Salinger had been in his heyday.

John Updike and Philip Roth, among others, have acknowledged their debt to Salinger's work. Despite his virtual disappearance from public view, J.D. Salinger remains notable as an author who broke down barriers, without whom the cultural advances of the later 50's and 60's would have been that much more difficult to achieve.
Posted by dr sardonicus at 10:04 PM