Will you ever win? 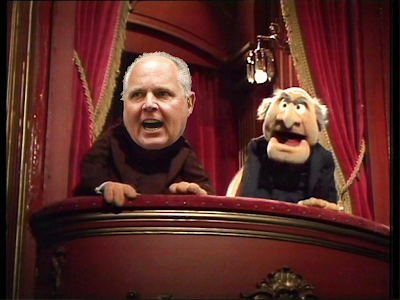 As a kid, I remember reading an old Mad Magazine feature called “You Can Never Win With a Bigot”. It illustrated the mentality of one who is prejudiced and how their opinion of someone they dislike is already “colored” (so to speak), so that regardless of anything the object of their disdain does, the bigot will spin it so as to “prove” that they were right about them all along.

For example, in that piece the bigot is sitting watching a baseball game and someone else says “The bases are loaded and Reggie Johnson is coming up” to which the bigot sneers “Ah, all them niggers choke in situations like this”. Then in the next scene the other guy shouts “Wow! He hit a homerun!”, to which the bigot smugly replies while downing a beer “What do you expect? All them coons are strong from livin’ in the jungle”.

Or in another scene two waiters are talking and one says “I hope that guy over there gives me a good tip”, to which the bigot scoffs “Forget it! Them Jews are way too cheap.” Then in the next panel the first guy comes back exclaiming “Wow! He gave me a $100 tip!”, to which the bigot says “Of course. Kikes have all the money in the world”.

Which, I think, helps to better understand how conservative voices like Rush Limbaugh can spin anything that President Obama does to make it sound negative. The perfect example of the “you can never win with a bigot” in this case is the President’s handling of aid to Haiti. According to Rush, Obama’s swift action to help a nation of people who were absolutely devastated by a massive earthquake amounts to nothing more than a way to appeal to blacks and score brownie points and photo ops. In the world of Rush, even being compassionate and human can be twisted into partisan politics.

As for the art of being “human”, I think Rush clearly pointed out where his own withered "I've got mine" soul stands on that with basically washing his hands of the Haitian people in saying “We’ve already donated to Haiti…it’s called the U.S. income tax”. So pretty much the message is “I gave at the office, so just go away now”. I wonder if he would still feel that way if Haiti was inhabited by blue-eyed Caucasians?

But the real “you can never win with a bigot” point here comes from if we consider what Rush would have said had Obama NOT acted in an opposite manner that Bush had for Katrina, and instead delayed or muted any assistance and aid to Haiti. I think we all know the answer to that one. Rush would have gleefully bounced up and down squealing “See? See? I told you the liberals are all a bunch of hypocrites!”

That is the reason no one should expect someone like Rush and his ilk to ever have a good word to say about the President, regardless of any path he may take at a whatever fork in the road he comes to, because Rush stands ready, like the bigots in the Mad Magazine, to twist and spin whichever direction Obama takes into “proving” himself right no matter what. Because in Limbaugh's world, that is all that matters, regardless of what may or may not be for the overall good of the American people, or humanity for that matter.

And that is why the President has to do what he feels is the right thing to do and not worry about pleasing his detractors who plan to find fault in EVERYTHING he does. Like someone once said, if Obama were to find the cure for cancer, blowhards like Rush would denounce him for taking away jobs from hard-working red-blooded American oncologists.
Posted by Dancin' Dave at 5:03 PM