And now we're too far gone, hope is such a waste

Skippy was one of the first big deal bloggers to throw us a link way back when, and since we both live in L.A., we've gotten to be pretty good friends with him and Ms. Skippy. In fact, at the bottom of the page is a recent pic of them.
Skippy is known throughout Blogtopia (y!sktp) as one of the wittiest cats in town. But just tonight he penned a post of Olbermann-like intensity and depth. It's too good to paraphrase or quote from, so here it is in its entirety:

The conservative mindset, by nature (perhaps even by definition) strives for hegemony of political thought, preferably (or perhaps, "only") thought which adheres to their conservative viewpoint.

In the Right's mindset, disagreement equals disrespect. There is no room for opposing viewpoints without treason. Any deviation from that viewpoint is considered, well, deviant, and must be erased from the discussion. Witness the Dixie Chicks, Cindy Sheehan, and Michael Moore.

Of course in reality, there is no such thing as complete hegemony of political thought. The progressive left kept speaking up, and inserting their viewpoints into the national discussion. This made the Right quite upset.

They had dominated the debate during the Reagan years quite naturally (that is to say, in a natural fashion: Americans were prone to accept the idea of lower taxes and united states superiority, so Repubbblican memes were easily digested) .

However, things didn't go as well for them during Clinton’s administration. America realized that even democrats made sense once in a while. so the right had to try to dominate political thought in unnatural ways. Thus the Lee Atwater/Frank Luntz approach to spin over ideas, logical fallacies over adult debate was increasingly utilized by rightist "intellects" (for the lack of a better term).

Thus impeachment for no reason other than to marginalize the left was born. at the same time, this country witnessed the rise of the demonization of progressive thought, in the form of radio talk shows and cable TV "experts."

This wave of unnatural domination of political discourse resulted in (and came to a head during) the bush ii years. the right managed to practically wipe out all dissenting points of view (see Chicks, Sheehan, Moore, above).

But unfortunately for the right, it turns out that all they are good at any more is sloganeering. actual governing really eludes their grasp. So things, quite naturally, turned to sh*t.

And thus the elections of 2006 and 2008 ushered in an era of democratic majorities and more open debate on the national stage.

What was the hardly-ever-right wing to do? As we established above, any ideas not in keeping with their own are not allowed, let alone even worthy of debate. How could they take back the megaphones?

And so the party of "no" came into being. the hardly-ever-right wing now not only roots against the democratic left, they actively root against America’s interests, if obtaining those interests makes the Dems look good. Glenn Thrush elucidates specific examples.

And let's not forget today's disrespect for the united states president winning the nobel peace prize. In any other decade, the country would be pleased. in 2009, the Repubbblicans can't bring themselves to even give a "good show" for one of the world's highest honors going to the man in the executive office. Sour grapes, anyone?

Unfortunately for the hardly-ever-right, in their quest to throw hot pennies of opposition on the democrats' ice rink of governing, they have become the very thing they hated in the first place: unhegemonious, if there is such a word.

However, and this is too bad for the Right (but great for us), the unexpected consequence of being continuously uncivil and disrespectful is that the Right has become what they hate: the Left.

(Hey, it makes as much sense as Liberal Fascism!)

I truly believe that the Right is making itself look more and more foolish in the eyes of Middle America. Sure, they've got their base of 20% sewn up. But it takes more than that to win elections.

(Disclaimer: I am not a political analyst. I am a blogger with an opinion, for all the hemmorhoid analogies which that image brings to mind ("every asshole gets them"). I grant that the GOP is in good position to take back some seats in Congress, if not the majority of the House, and that Fox News consistently beats MSNBC and CNN in ratings. But these are just individual battles in a larger fight. I maintain that, by becoming the party that shoots anything that moves, the GOP has shot itself in both feet, several times in the past few months.)

Here's the pic of Teh Skippy's. Handsome couple indeed. 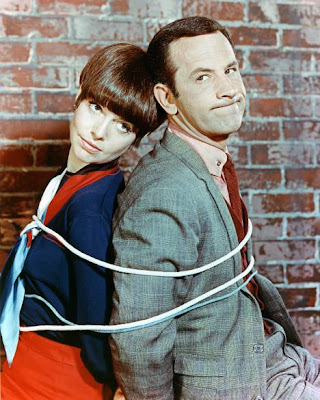