What a drag it is, getting old

Conservatarians always babble on about the "Free Market" and how the market fixes everything. And with Milton Friedman's recent death, the discussion raised up a notch. 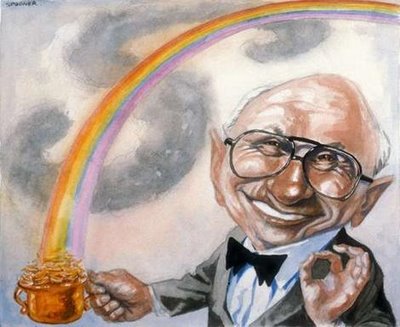 The folks gathered in Apartment 219 never thought they'd be having this conversation. They worked hard for decades, paid their taxes, made modest retirement plans and were able to make the rent.

"When the rent goes up 30%, it's a bit of a shock," says Phyllis Brown, a 90-year-old widow who has lived in No. 219 of the Golden Oaks Apartments in South Pasadena for a dozen years.

The problem is that Golden Oaks, the only South Pasadena apartment house exclusively for seniors, changed hands this summer. The new owner — who did not answer requests for an interview — decided to renovate and raise the rates, which sent panic through the halls of the Oaks. As Jeanne Higgins, 73, put it, who needs granite countertops, plasma TVs and other fancy-shmancy accouterments in their retirement years?

Yep. There's a micro-economy driven by supply and demand. Demand for senior housing is going up, and supply is shrinking.

A federal housing program for seniors used to create 25,000 units a year nationwide under President Carter, says Pynoos. Today, that number is down to about 5,000, and the national shortage of senior housing units is in the hundreds of thousands.

Yet still, they babble about the Free Market. 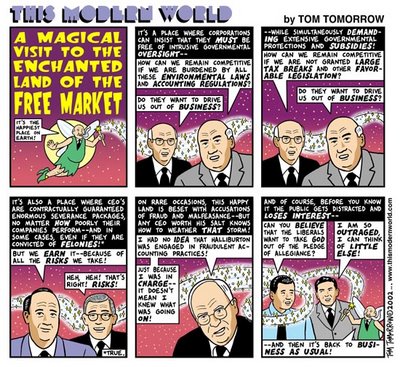 I mean, look how Microsoft has fixed the personal computer market by near total domination. Or how continued mergers in the music and energy market have resulted in more quality product and lower prices from both. Heck, remember the bang-up job Enron did managing energy trades? Here in CA we sure do.

And of course, government intervention is always bad, except when it isn't. So how does writing a new law saying that Paris Hilton will be exempted from a usurious Inheritance Tax isn't government interference. Of course, having a tax on money she did nothing to earn, yet which she will receive, is bad law, but an exemption law is a good law. Kids today.

Seniors on fixed incomes can't respond to market change driven by only profit. So what can they do?

"They double up, they live in garages, and there's a growing number of homeless seniors," says Marvin Schachter, a Pasadena resident and former member of the California Commission on Aging. "They sleep on the couches of friends' houses until they're kicked out or they sleep in the spare bedroom with a teenage niece who's living in a crowded, low-income rental."

Schachter, who also works with the Menorah Housing Foundation, offered an even more startling snapshot of the crisis. When Menorah opens a 100-unit building for seniors, he said, it typically gets 2,000 to 4,000 applications.

By the way, here is a nice graph showing some world opinion about "Free Markets": 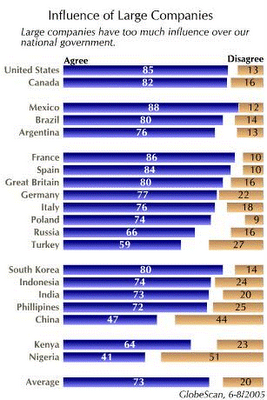 Posted by SteveAudio at 5:58 PM